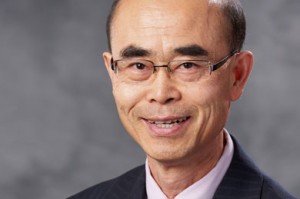 Transnational entrepreneurs (TEs) are immigrants who are engaged in bordercrossing business activities involving their country of origin and destination (Portes et al. 2002; Saxenian 2002; Ley 2006). By leveraging resources from both locations, enterprising immigrants serve as agents of international business in the promotion and facilitation of bilateral trade and investment (Yeung 2002; Chen 2007). While transnational practice can be found throughout the history of human movement (Light 2007), the scope and scale of contemporary transnational migration are unmatched by its ancient precedence, particularly due to deepened globalization and technological advancements during recent decades (Tung 2008). Saxenian (1999, 2002) described how immigrants from Silicon Valley, predominantly those of Chinese and Indian origin, have created successful technology ventures in their home countries. However, this type of research remains limited up to date. While focusing on their macrolevel impact (e.g. on homeland development), we know little about the unique characteristics of TEs, for example, in comparison to others who are not involved in transnational entrepreneurial activities. Particularly, it is not clear whether TEs are necessity-based, opportunity-driven, or largely motivated by patriotic sentiments (Biao 2006). Transnational business practice is embedded within diverse social and historical contexts and is thus difficult to be captured in a universal profile (Portes et al. 2002). The objective of this exploratory study is to help build the foundation for the emerging TE literature by examining the demographic and business characteristics of TEs in the Chinese community in Canada, a country currently witnessing a momentum of transnational activities among its immigrant communities. The paper is drafted in four parts. First, we review the existing literature concerning immigrant economic adaption and transnational entrepreneurship, which is used to identify research gaps. Second, we describe our research methodology, which involved a questionnaire survey. Third, we present and discuss our findings, following an introduction of our analytical tool, the CHAID Tree technique. In the last part, we consider implications of this research and conclude with a discussion of our limitations and future research directions. Download the entire publication