On September 30, 2018, after months of heated negotiations, Canada finally concluded the United Sates-Mexico-Canada Agreement (USMCA) to replace the North American Free Trade Agreement (NAFTA). As the United States is increasingly taking a more adversarial posture toward China, many wonder about the impact of the USMCA and the United States on the future relationship between Canada and China. 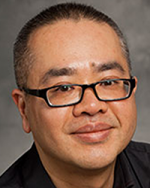 The USMCA’s signal to Canadian businesses can be assessed from two perspectives: (1) the Canadian government’s actions immediately after the USMCA negotiations and (2) the U.S. government’s strategy in requiring the inclusion of a “poison pill” provision in the USMCA, Article 32.10.

However, Canada’s agreement to the inclusion of Article 32.10 should not be interpreted as a sign that Canada is willing to sacrifice its trading relationship with China. Under the USMCA, there is a general withdrawal provision (Article 34.6) that allows any party to withdraw from the USMCA upon provision of six months notice to the other parties. This is nothing new – a similar withdrawal provision existed under NAFTA (NAFTA Article 2205). Therefore, Canada was not really giving up much from a technical perspective by signing on to the USMCA – the U.S. could have torn up the agreement for any grounds anyway (although the U.S. would have to enter into a new deal with Mexico if the U.S. withdrew – so the poison pill provision does provide a slight advantage to the U.S. over the general withdrawal provision).  So why did the U.S. insist on the poison pill provision?  The poison pill provision is a U.S. signal to both China and Canada that the U.S. will exert its influence on its trading partners as a weapon in the current U.S.-China trade war.

Canada acted very pragmatically. Canada agreed to a provision that makes very little practical difference, given the general withdrawal provision, while attempting to defend its interest in Canada-U.S. trade. However, from a symbolic perspective, this was a bitter pill for Canada to swallow. Since Canada had an already existing desire to pursue more trade with China, Canada would have preferred to not include the poison pill clause – a clause that appears to have been specifically targeted at China. This could have potentially sent the wrong message to China and sabotaged Canada’s desire for a free trade agreement with China.

The USMCA negotiations reinforced to Canadians the extent to which Canada depends on U.S. trade and alerts Canadians to the need to diversify our international trade. The USMCA has acted as a catalyst for Canada-China trade relations. As of the date of this commentary, Canada has sent numerous high level government officials to China to promote trade. Canada has made it clear that, regardless of the USMCA, it will continue to pursue Canada-China trade. Jim Carr (Canada’s Minister of International Trade Diversification) visited Beijing on November 11 and 12, 2018 and promoted sector-by-sector trade while still keeping the possibility of a complete free trade deal on the table. Prime Minister Trudeau has stated that the USMCA will not hinder Canada from pursuing what Canada wants: a Canada-China free trade agreement.

On the downside, the USMCA’s poison pill provision is a manifestation of the U.S. government’s trade war strategy. If the U.S. was assertive enough to require the provision, then this suggests that it may aggressively interpret provisions of the USMCA. This could arise if Canadian businesses export goods containing Chinese content to the U.S. The USMCA rules of origin dictate whether those goods will be treated as Canadian (and thus receive preferential treatment under the USMCA). An aggressive interpretation of those rules could lead to increased imposition of tariffs on Canadian goods containing Chinese content. However, the USMCA would not be the cause of such an aggressive stance. Rather the USMCA’s poison pill provision is the result of an already-existing aggressive U.S. position in the ongoing U.S.-China trade war.  Arguably, even under NAFTA, the situation would not be much different for Canadians.

Interestingly, the USMCA seems to have energized the Canada-China trading relationship. The USMCA reminded Canada of the need to diversify Canada’s trading relationships – particularly with China, Canada’s second largest trading partner. It also reminded China of the importance of maintaining trading relationships with Canada (especially in light of the USMCA poison pill provision that appears to be a U.S. attempt to isolate China in the midst of a U.S.-China trade war). If the USMCA poison pill provision was intended to dissuade Canada from pursuing more trade with China, at this point that strategy has prompted actions in the opposite direction. Instead, it has emphatically reminded both Canada and China that increased trade between the two countries is mutually beneficial and emboldened them to approach the matter with renewed vigor and determination. This is a positive sign for Canadian entrepreneurs seeking to do business in China as well as a cautionary note to those who export goods containing Chinese content to the U.S.