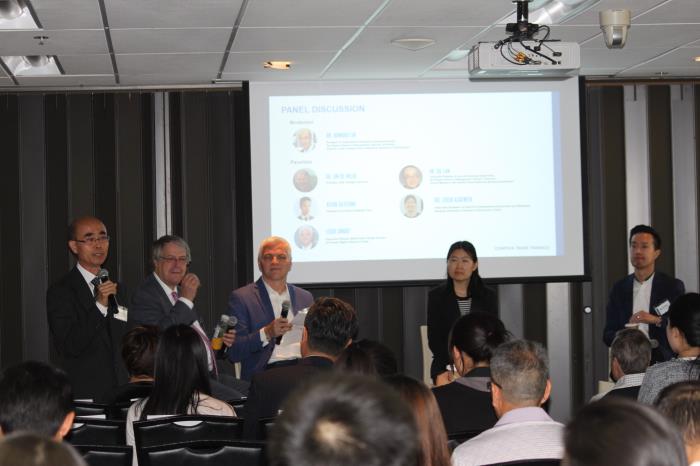 While the US’ trade dispute with its allies has escalated, calls have been made for Ottawa to pursue a trade relationship with Beijing.

The first shots have been fired, unexpectedly, between Canada and the US, with US President Donald Trump announcing tariffs on steel and aluminum imports from EU, Canada and Mexico last week.

In response to the duties, which went into effect on June 1, Canada has taken “the strongest trade action in the postwar era” with $16.6 billion worth of its own countermeasures.

Canadian Prime Minister Justin Trudeau said the notion of a threat to US national security to justify the steel and aluminum tariffs is “quite frankly insulting and unacceptable”.

Experts expressed their concerns about the negative turn in trade relations at a forum called “Complex Trade Triangle: Canada, China and the United States”, co-hosted by the Canada-China Institute for Business & Development, and the Pacific Innovation & Executive Club last weekend in Toronto.

“A trade war is bad. Even if Canadian products might be able to benefit temporarily from American tariffs on China, overall, it’s just all bad,” Sarah Kutulakos, chief operating officer and executive director at the Canada China Business Council, told China Daily.

“It’s disheartening to see all the actions that have been taken (by) the US,” said Kutulakos, adding that more free and open trade with fewer tariffs is good for everybody.

However, because Canada and China are busy dealing with the US, the Sino-Canadian trading relationship could slow. Jim De Wilde, president of JdW Strategic Ventures, suggested that Canada needs new vehicles for collaboration with China.

China is Canada’s second-largest overseas market, and its 2018 budget has noted that a doubling of trade between Canada and China by 2025 remains a mutual goal.

Wilde said a lot of important deals have been made between China and Africa and China and New Zealand. “Canada needs to understand the strategic needs of China,” he said, adding that Canadian technology and Chinese capital are a perfect match.

“We should take advantages of the things happening, to see what we can do,” said Smout. “This is an opportunity for us to say, hey, with these uncertainties in the states, why don’t we take a look at China and other markets?”

Michael Chan, Ontario minister of international trade, also said that trading with China is a great opportunity and can increase the bargaining power of Canada when dealing with the US on bilateral trade issues.

However, Ottawa’s report, “Public Consultations on a Possible Canada-China FTA”, has a long list of concerns cited by businesses regarding a free-trade agreement with China.

In response, experts said it is unfair and outdated to view China as “big, bad and scary”. New perspectives should be developed, they said.

“I personally don’t care of if it’s a FTA or something, it’s basically more tightly integrating our economies to the advantages of both countries,” said Kutulakos. “And I think one of the problems is that a lot of Canadians assume that anything happened will only benefit China. So trying to make that picture clear is also important.”

“Canada should review the high dependency on the US for its economy and trade,” said Gil Lan, an associate professor in Law and Business Department at the Ted Rogers School of Management, Ryerson University.

Trump is due to arrive in Quebec for the G7 Summit this week. On June 2, finance ministers from six of the G7 nations — Canada, France, Germany, Italy, Japan, and the United Kingdom — issued a statement expressing “unanimous concern and disappointment” over the tariffs Trump has imposed on their steel and aluminum exports to the US.