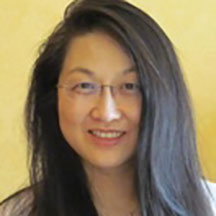 Dr. Han is Associate Professor of Strategy and Entrepreneurship at Ryerson University, Toronto, Canada. She also serves as the Director, Council of International Research and Teaching. She has edited two Handbooks on Asian Entrepreneurship and European business and entrepreneurship, authored or co-authored academic papers, teaching cases, and regularly presented at premier international management conferences. She has taught entrepreneurship, strategic management, family business and international business in US, UK, China, Hong Kong, and Canada at the undergraduate and MBA level. Mary has served as Chair in over 55 MBA thesis defense committees and Chair in both the International Business Division and the Entrepreneurship and Family Business Division at the Administrative Sciences Association of Canada (ASAC). Currently, she sits on the editorial board of the Strategic Management Journal.

Dr. Mary Han has extensive teaching and consulting experience in new venture startups and SMEs internationalization, specifically, international new ventures in emerging markets. Her rich international real estate investment and financing experience enabled and facilitated her teaching, research and consulting. She has advised multinational corporations from countries such as China, Dubai, India, Taiwan, USA, UK and Canada and taught executives from Tata and International China Concern amongst others.
Mary is frequently asked for her expert advice on strategic management, new venture creation and family business sustainability by media such as the Financial Post, the Globe and Mail and Toronto Star.