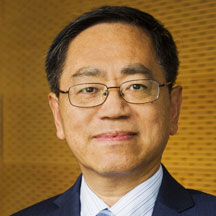 Shuguang Wang received his B.Sc. in geography from Shandong Normal University in China. He earned his M.A. and Ph.D., both also in geography, from the University of Alberta, Canada. He is currently Professor of Geography at Ryerson University. His research interests include transformation of China’s retail economy and Chinese immigrants in Canada.

In the past 10 years, Prof. Wang did extensive field studies in China, including visits to the major shopping centers and commercial nodes in Beijing and Shanghai, and interviews with key retailers and relevant government officials. His decade-long observations and study resulted in the publication of a research monograph titled China’s New Retail Economy – A Geographic Perspective (published by Routledge in 2014). This book is not just packaged with information and data; the information and data are processed and analyzed to reconstruct the process of change and growth, and to reveal the impact and consequences. It is not only a useful reader for university students and faculty researchers, but also an informative reference for international retailers and transnational real estate developers, who contemplate business and investment opportunities in China.

Prof. Wang’s research on Chinese immigrants revealed important new trends and patterns of ethnic Chinese business development in Canada’s largest gateway city. These include changes in ownership, retail format, and geographical distribution. Chinese immigrants made important contributions and played significant roles in the making of multicultural cities in Canada. His study also revealed that despite a significant increase in their human capital, the Chinese immigrants still experienced very different economic outcomes in the Canadian labor market, compared with the general population of Canada. While their levels of economic performance increase with length of residency in Canada, it would take more than 20 years for the Chinese immigrants to close the earning gaps with the general population.